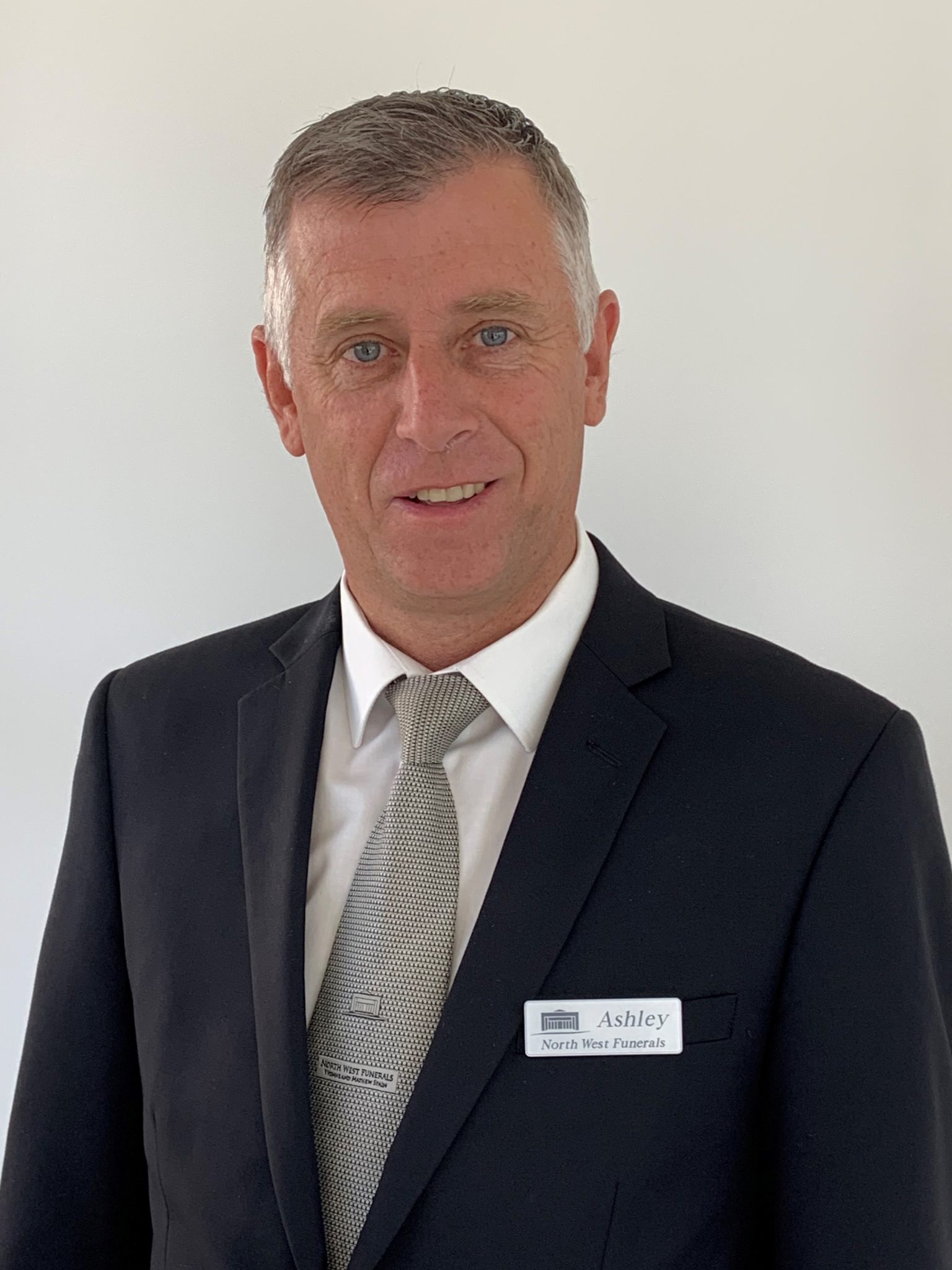 As our most senior funeral director, Ashley began in the funeral industry at the age of 21. Ashley managed EO James Funerals, before spending many valuable years working alongside Yvonne and Mathew Spain here at North West Funerals.  He was instrumental in the move to the Spain’s new, purpose-built premises in 2008, and his passion for the job now has him approaching thirty years in the industry.

Ashley has many local connections and is a well-known golfer in his own right, so you’ll regularly see him on weekends at any of the local golf clubs.